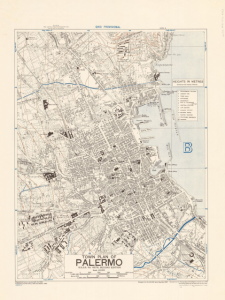 The Teatro Massimo of Palermo, built at the end of the 19th century, is the largest opera house in Italy and the third largest in Europe. It is in neoclassical style with columns, arched windows that are constantly repeated. Galleries, halls and monumental staircases make the structure a truly elaborate architectural complex and enormous.