In the painting of the SS. Crucifix is represented the legend that tells of two ships one with a Turkish crew and the other with a Christian crew. On the Turkish ship there was a crucifix treated in an outrageous way and the crew of the Christian ship, made up of Palermo and Monreale, irritated by this, offered them money in exchange for the same. When the Christian ship landed in Palermo, in order to decide who among the people of Palermo and Monreale would take possession of it, the latter decided to place the crucifix on a cart pulled by oxen and where they would stop, there would be built a church that would guard it. The oxen stopped in Monreale and here was built the church of the Collegiate. The painting was made on a glass sheet with the use of oil paints and silver and gold leaf. The glass painting is an ancient painting technique almost disappeared, whose peculiarity is to realize the subjects according to a “specular” perspective, so that at the end of the work the glass sheet must be “turned”, to show the correct side that will be clearly visible thanks to the transparency of the glass. In order to obtain the correct pictorial result, the artist will have to proceed by superimposing various layers of paint, inserting, first, the decorative details of the subject, and then finish with the larger parts.

Among the various schools of glass painting in Europe and Italy, that of the Pincisanti (painters of saints), had a particular resonance in Sicily between the nineteenth and early twentieth century. These were craftsmen-artists who made paintings on glass commissioned by the most varied social classes and that were placed in homes, especially as bedside tables in the bedrooms. The saint or the religious scene to be depicted was almost always commissioned by the buyer in relation to a grace received or to some particularly venerated protector. 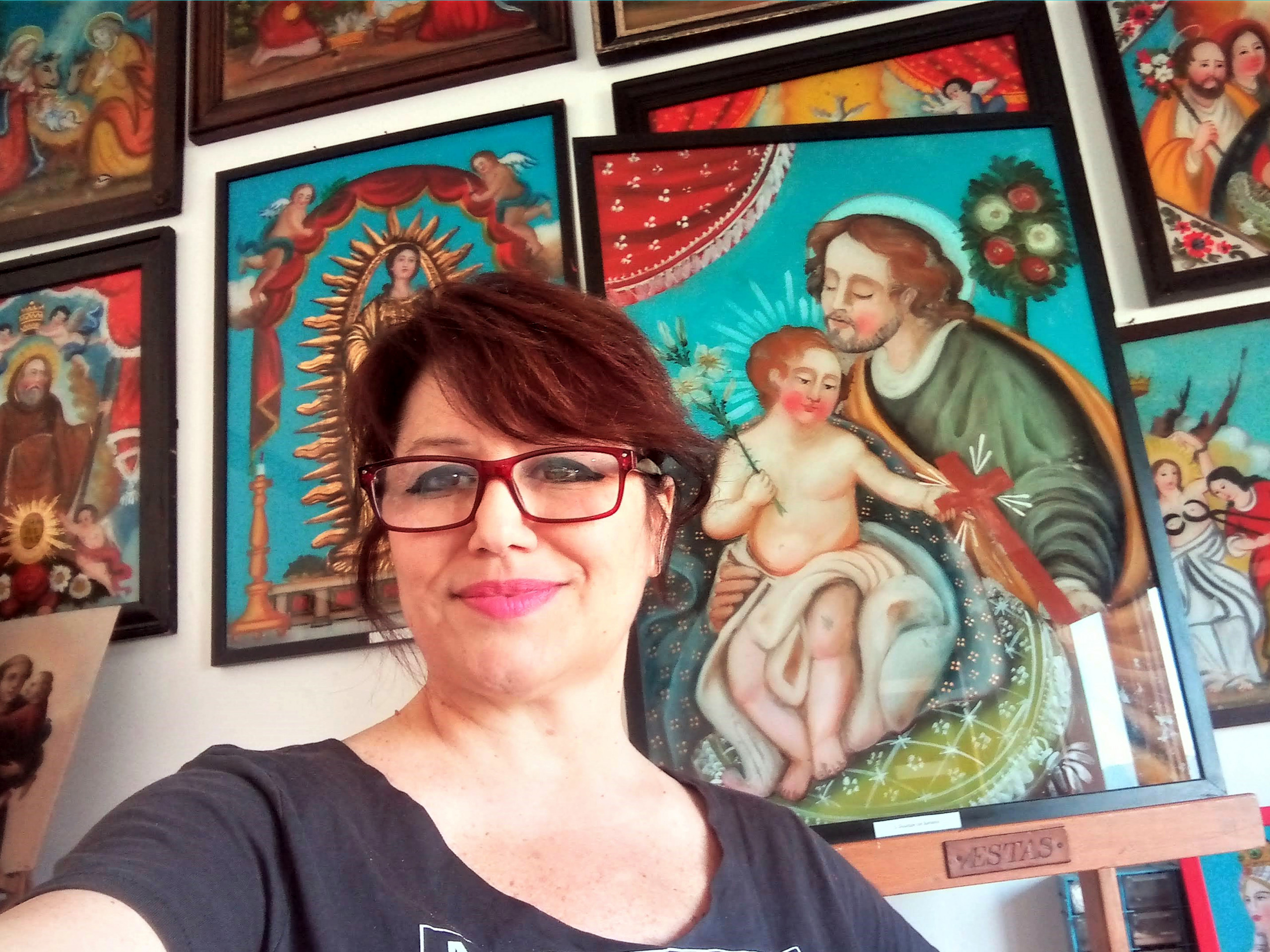 "Art is the soul's need to show its face"