In my work, Sicily is this central woman depicted as a Moor’s head. She has a turban draped in a very bright orange color. On her head are yellow Hibiscus flowers, on top a beautiful knot that accentuates her femininity. She is a modern woman who goes with the times, she has earrings that recall the wheels of Sicilian carts, she’s wearing a red lipstick like coral that brings out her passion, she has light blue eye shadow and her eyes are cerulean like the sky indicating how there were also Norman dominations in Sicily. The gaze is steady, fixed in looking ahead. Around the face are an infinity of very colorful roses all blooming to highlight the magnificence of our land. What more is there to say? I would have liked if everyone would smell the scent of these flowers, with colors you cannot, but with imagination you can. 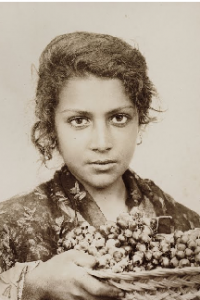 The Moor’s Heads are a classic representation of artistic Sicily. The Moor’s bring us back to the Arab domination in Sicily (IX-XI century). The Muslim period lasted almost two centuries but it is the one that has left the biggest imprint, probably, in the rich history of Sicily. Not so much in the monuments (very few) but in the daily life, in the etymology of many words, in the dialect, in the uses and customs. Moor’s are typical figures which come into play very often in Sicilian culture as for example in the Opera the Puppets or in the legend of the Moor’s head. They tell of a legend in which a beautiful Sicilian fell in love with an Arab at the time that they reigned in Sicily (IX-XI century), being betrayed by the Moor, she beheaded him in his sleep and hung his head, as if it were a vase, on the balcony, also adorning it with a fragrant basil plant that aroused the admiration of unsuspecting bystanders. In a certain sense, the Arabs have never left Sicily.

U carrettu siciliano was the means of transport par excellence in the past centuries of the Sicilian people: both rich and poor. Basically it is a sort of wooden wheelbarrow pulled by horses. The peculiarity of the Sicilian cart was given by the sides of this structure, the sides, in which was almost always represented a scene of the Opera of the Puppets, representation of Sicilian puppets extremely popular since the seventeenth century (the cart itself was born around that time). Also, the cart was often very colorful in all its spaces, whether it was wheels, lateral woods, rods, etc.. Even the horse that pulled it, usually festive, was harnessed with bright colors. Needless to say, its more or less artistic opulence marked its social status. 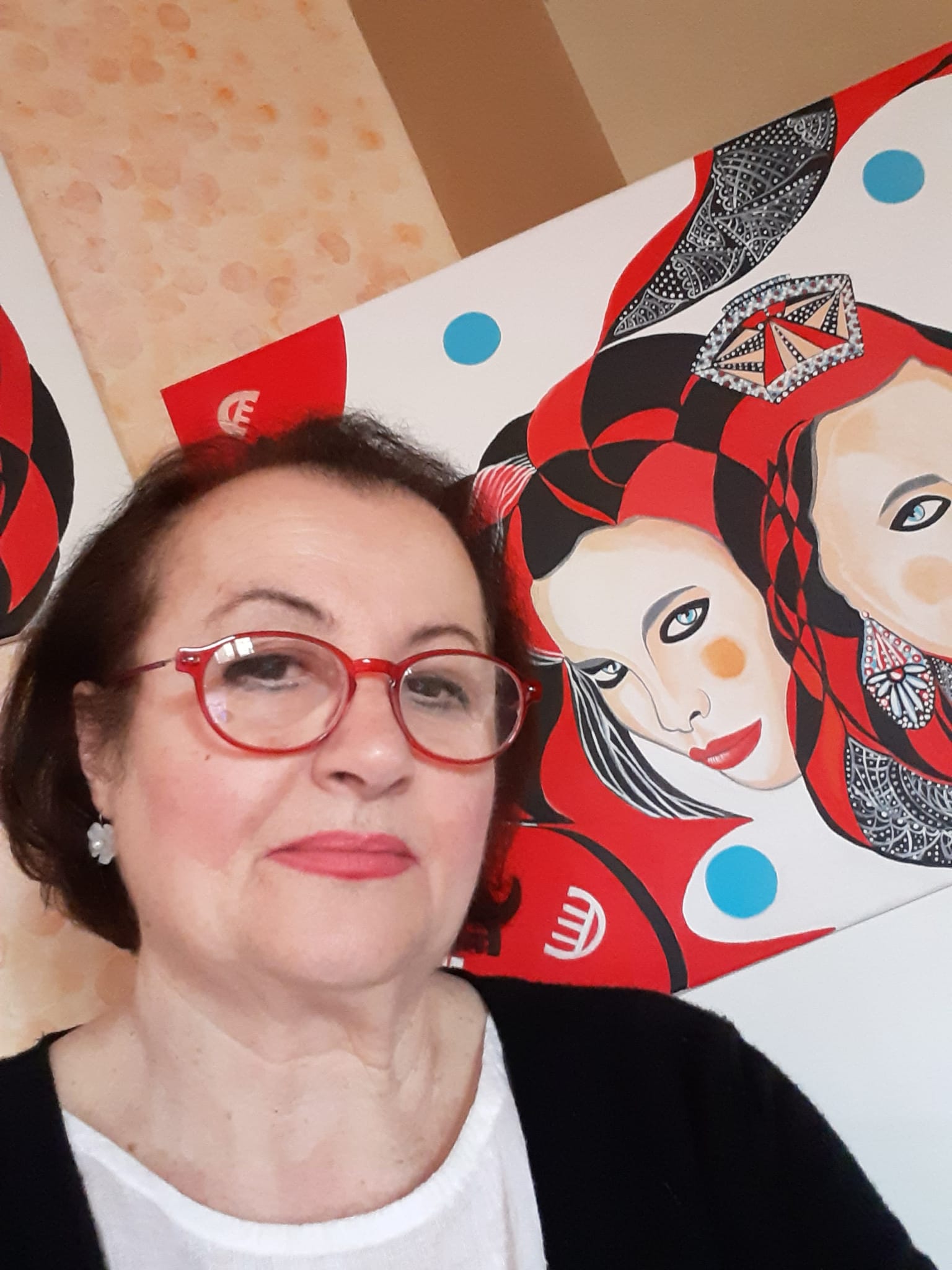 "ART is ABSOLUTE FREEDOM...sublime MYSTERY that projects the ARTIST into that PRECIOUS WORLD...rich in EMOTIONS...called SOUL"