How beautiful, moving and somehow still relevant is the story of St. Agatha, of the woman before the martyr. Stole or piece of furniture, you choose how to make it live. As a stole you wear it, as a decorative panel, you take it to a framer to have it framed and create your own decorative panel. The peculiarity, of Batik painted fabrics is that the front and back are the same. Pure silk hand painted with Batik technique, eco friendly colors indelible to water and light. Dry clean. 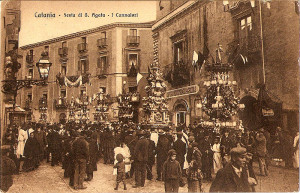 The cultivation of silkworms in Sicily, or rather of the mulberry tree, has very ancient origins in Sicily, dating back even to the Arab period (9th century). It was one of the most profitable activities for Sicily, it even competed with Chinese production and gave life to its own style: “Sicilian silk”.  It saw its peak around 1600 with Messina that became one of the world capitals for the production of silk, which was used mainly for the production of precious clothes, velvet and fabrics used for sacred vestments. Families, monks and nuns were intent on the cultivation of the silkworm which produced the precious silk. They obtained skeins that were often colored (for example, the color purple was very popular among the rich) and exported through galleys that departed from the Strait of Messina. Slowly this activity decayed, until it disappeared completely after the war.
Sant’Agata is the patron saint of the city of Catania. Her feast, which takes place from February  3rd to the 5th , is one of the most picturesque in the world. Agatha was born in the 3rd century, when the Christian world was on the point of undermining the pagan one. The beautiful young woman was the victim of the attentions of the governor of Catania Quinziano and at his refusal was martyred and killed (February 5, 251). Since then she became a heroine for both Christians and pagans. The cannalori, wooden carts with a large candle in the center that represent the guilds of arts and crafts of the city, are carried on the shoulder with a classic dancing gait that allows an easier movement. They go around all the streets of the city shouting: “: “Tutti, devoti tutti! Viva Sant’Aita” (Everybody, everybody devoted! Viva Sant’Agata”).

(photo) Sant’Agata feast with the candelore, in 1915 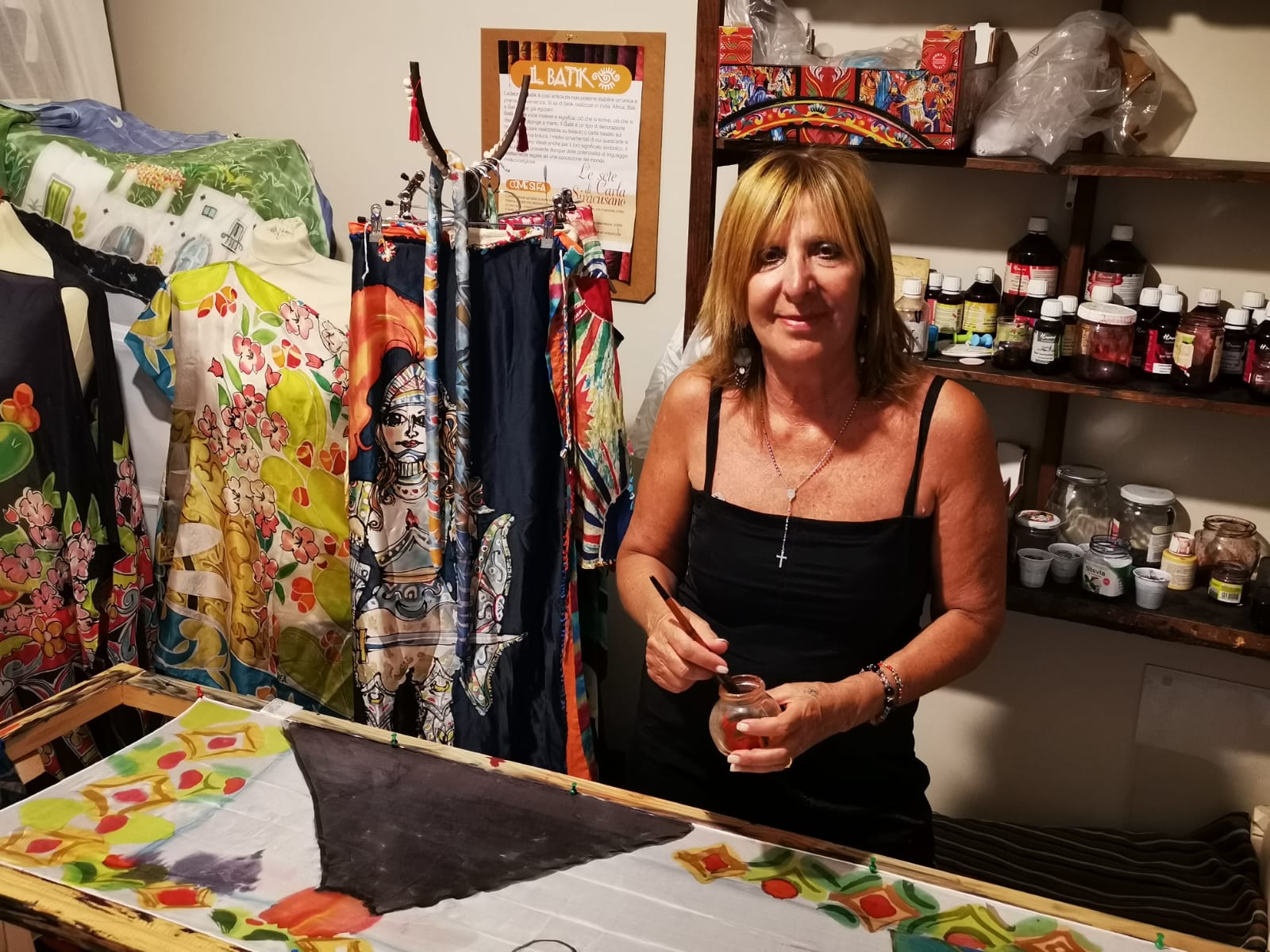