The famous Arabian domes of the city are multiplied in a clever combination of colors, duplicating the image so as to enhance the same garment which, when worn, keeps the decoration visible. In this subject, the drawing comes from an original painting on canvas, graphically reinterpreted to be used in this precious scarf whose wearability offers many ideas for personal taste. In the pictorial fresco, the textures of the stone blocks emerge and two female figures can be seen celebrating the beauty of a unique place in the world like Palermo, where the common denominator of the image is the blue sky that links the two landscapes. 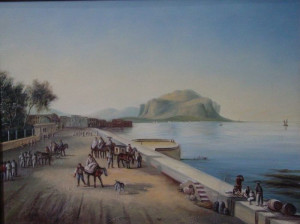 Palermo (from Panormus, all port, for the Romans), the capital of Sicily, is closed between the sea and the mountains and its port, already large in itself, seems even more so wrapped by promontories and mountains, around which the splendid Sicilian city takes place. The Zyz (flower) of the Phoenicians (VII-VI century BC) is a Sicilian history book: from prehistory to the present day. Palermo is a unique city in the world because it is really bizarre the clear and palpable feeling, for those who visit it, to walk inside a centrifuge of millenary history, where traces of cultures and architectures Phoenician, Greek, Roman, Byzantine, Arab, Norman, Aragonese etc. overlap each other sometimes creating completely new architectural styles or simply designed by chance, which continuously evoke emotions to those who visit it. From this city, as from all Sicily, the Muslim domination seems never to have left but to be constantly latent, subliminal.

(photo) Palermo, promenade and Monte Pellegrino on the background, Anonymus 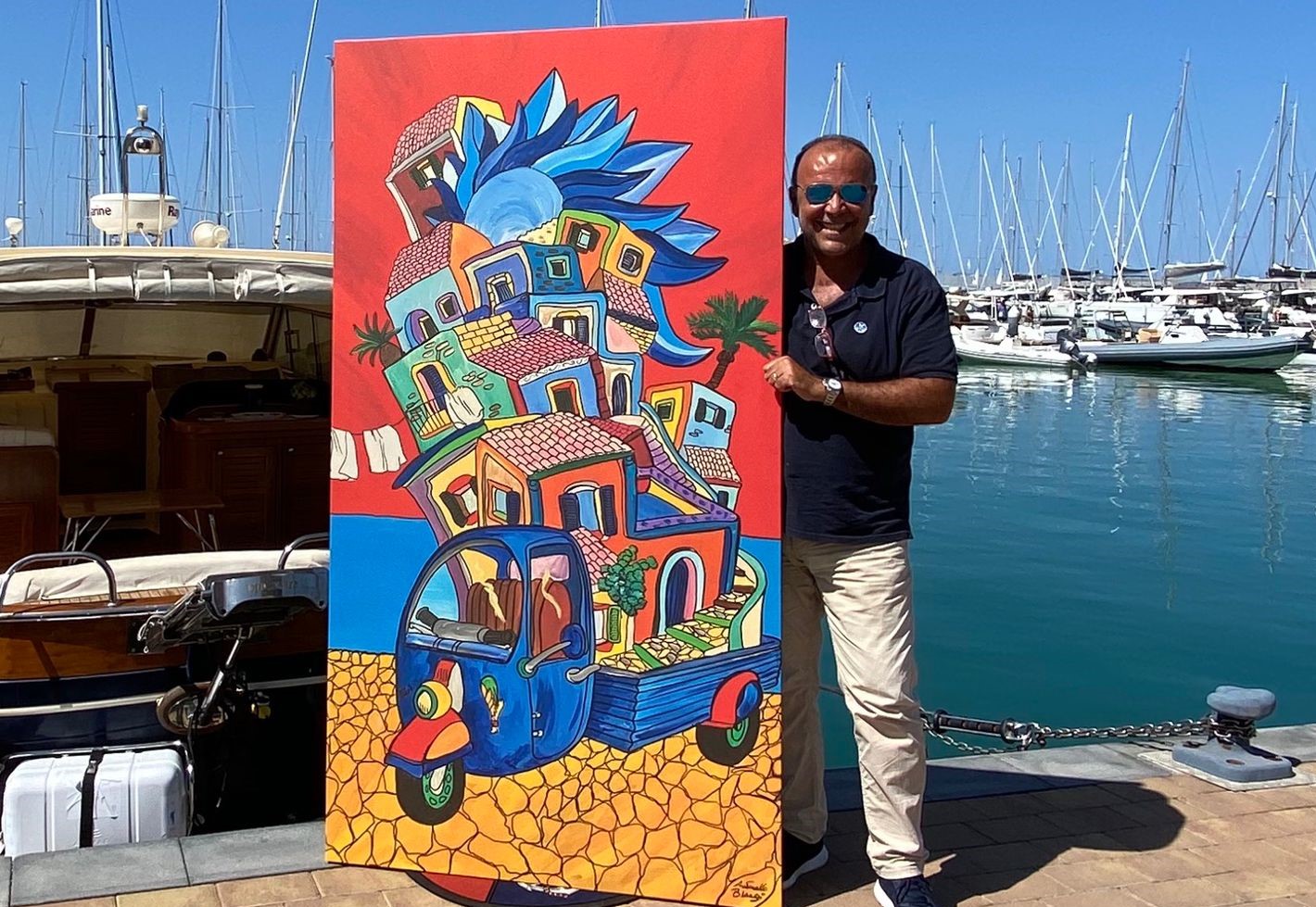