I love to include in my still lifes objects that for me have an emotional value or that tell of life lived. The freshly picked lemons, a flower, some sprigs of ivy “torn” in the garden and a ceramic vase decorated by me. In the decoration of the vase is represented the temple of the Dioscuri of the Valley of the Temples in Agrigento, a place of great charm that, for me that I am of Agrigento origin, it always arouses great emotion.

Sicily appears immediately to the eye of the observer: the lemons (brought by the Arab domination in the 11th century) and one of the temples of the enchanting Valley of the Temples in Agrigento, a place where the columns of a series of temples from the 6th century B.C. of the powerful city of Akragas (ancient name of the present Agrigento) rise imperiously. A wonderful place, which gave birth to the famous philosopher Empedocles (fifth century BC). In this picture is represented the Doric temple of the gods Dioscuri.

(photo) Valley of the Temples, etching realized during the journey of J.W. Goethe, 1787 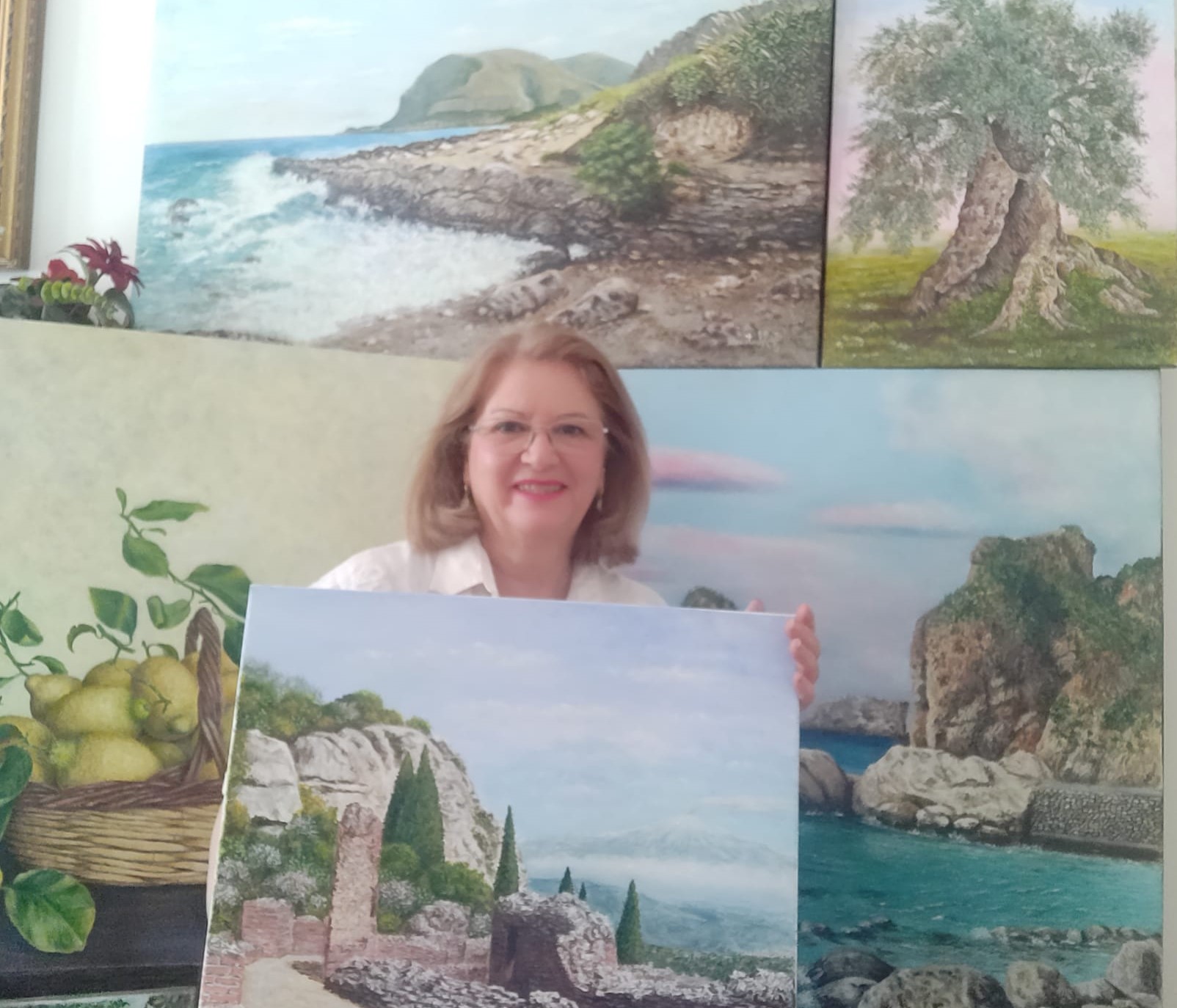 "Art has always represented the evolution of our civilization in all its forms. Each artist represents it’s time and espresses himself through a personal language that springs from feelings, emotions, desires, dream like visions"