In The Three Nymphs, I painted the sea, the sand, the land. Jute bag, bamboo handle, gold chain  shoulder strap, damask fabric lining, inside pocket. The top edge is adorned with salmon-colored fringed passementerie. The front is hand-painted and signed as a painting. 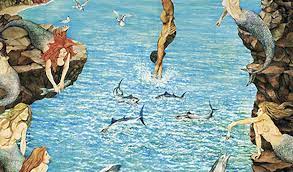 Here is the beautiful description of the same artist: there are many legends that revolve around the birth of Sicily. One of these legends tells that it was born from the inspiration of three nymphs, who wandered the sea taking from the most fertile parts of the land a fistful of sand mixed with pebbles. The three nymphs stopped under the clearest and bluest sky in the world and, from the three points where they had stopped, they threw their fistful of sand into the sea and dropped the flowers and fruit that they carried in the veils that covered them. The sea, at their appearance,dressed with all the lights of the rainbow and, little by little, from the waves emerged a colorful and fragrant land, rich in all the seductions that nature could offer. 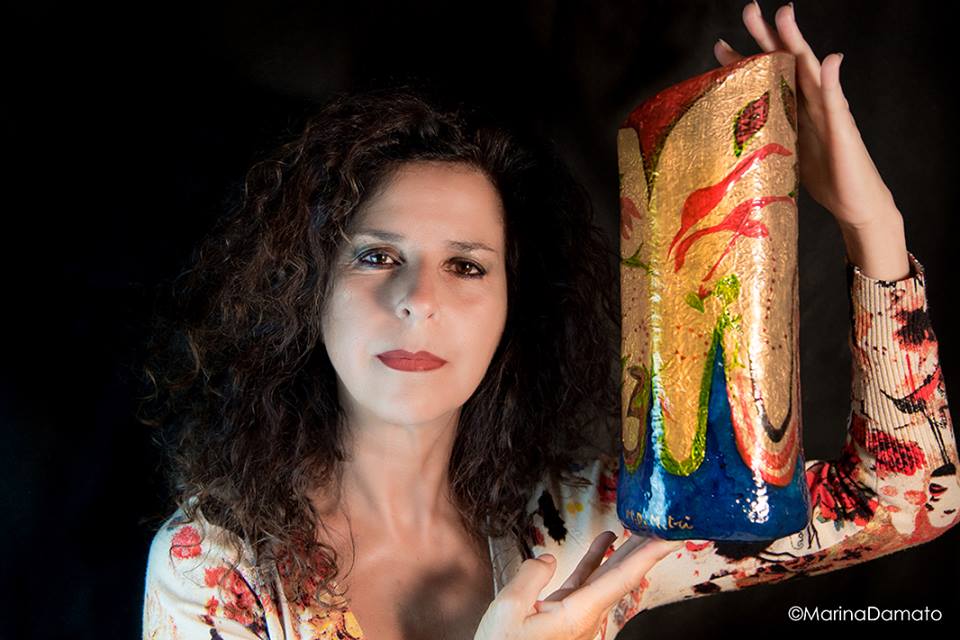 Art is the outward expression of an inner monologue. The artist has always been the one who makes the invisible visible".