“Tutti l’omini, assittati n’ta piazza, si vutanu a vucca aperta quannnu u scialli niuru ci scoprì na spalla a Lavinia a Ciramisi” (Sicilian for All the men, sitting in the square, turned with an open mouths  when the black shawl showed the shoulder of Lavinia from Cerami). Knitted with mohair yarn. This classic black model is enriched with colored fringe. 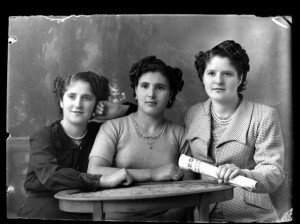 Cerami is a small village of the Sicilian hinterland where ancient traditions and a peaceful life still resist. The village, about 1000 meters above sea level, is surrounded by woods and countryside.