I imagined I was a traveler on the Grand Tour, like Goethe, De Maupassant, Houel … and I too, sitting on a lava rock, I made my picturesque report: this acidduzzu dei Montirossi (Sicilian for Little bird of Montirossi) leaning on a branch of the pine forest of this extinct volcano, just almost at the top, from which you can see all Catania, up to the sea. 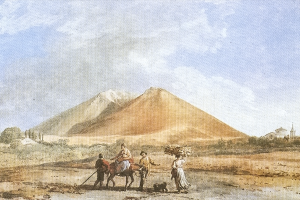 Etna, the highest volcano in Europe (3300 meters above sea level), imperiously dominates the eastern part of Sicily, but it is so huge that it can be seen up to hundreds of kilometers away. Men of all the ages have climbed the top of it to leave from the philosopher Empedocle (V B.C.) that the legend wants to have ended its life throwing itself inside. The artist speaks of the Grand Tour because during the ‘700 it was fashionable, among the rich European aristocracy, to visit Italy with all its artistic beauties, landscapes and archaeological sites. Sicily became one of the favorite stops and the sunrise seen from the top of Etna was the icing on the cake of the trip. The Montirossi (an extinct crater in the municipality of Nicolosi) were an obligatory stop on the way to the top of the volcano. A few years before (1669) from its crater departed a lava flow that reached the city of Catania (even today going up to the top, where there is a cross, you can easily guess the direction of the flow since Catania seems to be in the crosshairs of the volcano). The travellers of the Grand Tour were often accompanied by a painter (or they were themselves) who painted what they visited. From here the name of picturesque trips (from the Italian pittura, painting). The toponym (Aitna) seems to derive from some word whose etymology, leads back to the meaning “to burn”, ” burn down”.  For the Arabs of Sicily (IX-XI century) it was a mountain twice as high and they called it Mons (mount) Gebel (mountain), twice mountain; and until the recent past (but also today) the Sicilians called it Mongibello. But its Sicilian name par excellence is: “a muntagna”. It has given work to the nivalori (who collected the snow and kept it in the caves of the volcano and then they sold it in the villages), to the coalmen, the Ginestra  collectors (excellent for the bakers). In this work of art, its ash, which during the frequent eruptions falls as rain on the nearby towns (and people must equip themselves with umbrellas), was eternally “trapped” in a canvas. 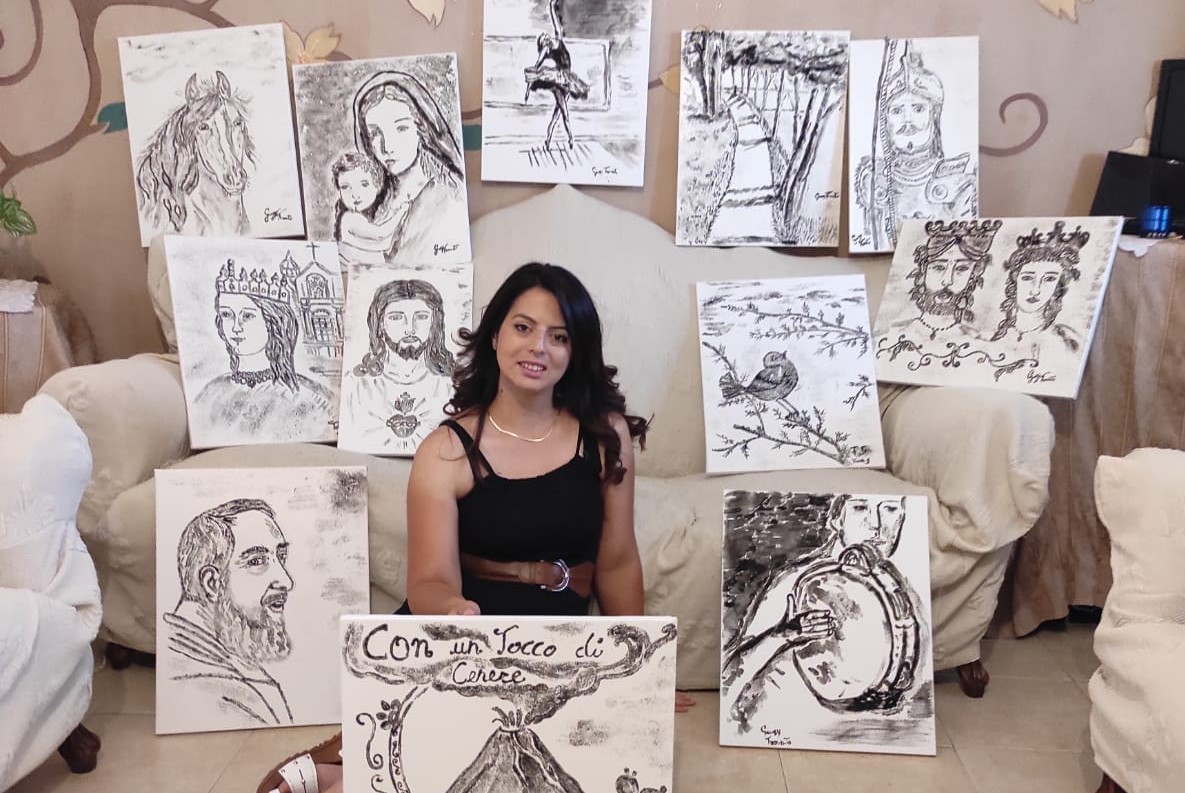