I was inspired by the beautiful Sicilian legend of the Moor’s heads. Beads, canutiglia, sequins, central disc in acrylic painted canvas, crystal inserts. Back in leather. Brooch made with bead embroidery technique. Entirely hand sewn. 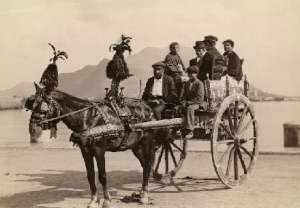