This necklace celebrates Sicily in the union between the red coral of the Mediterranean and the ceramic wheels that represent the Sicilian carts (u carrettu in Sicilian).

The processing of red coral from Trapani is an art that dates back to the eleventh century, when the Arabs ruled in Sicily. Since then, skilled Sicilian coral masters have created real masterpieces, such as nativity scenes, necklaces, bracelets, liturgical objects … in which the coral is often coupled with copper, gold, lava stone. Princes, cardinals, popes and wealthy aristocrats were among the great clients. If you come to Trapani you cannot miss a visit to the Pepoli museum which preserves beautiful creations in red coral from Trapani.

U carrettu siciliano (Sicilian for cart) was the means of transport par excellence in the past centuries of the Sicilian people: both rich and poor. Basically, it is a sort of wooden wheelbarrow pulled by horses. The peculiarity of the Sicilian cart was given by the sides of this structure, the sides, in which was almost always represented a scene of the Opera of the Puppets, representation of Sicilian puppets extremely popular since the seventeenth century (the cart itself was born around that time). Also, the cart was often very colorful in all its spaces, whether it was wheels, lateral woods, rods, etc. Even the horse that pulled it, usually festive, was harnessed with bright colors. Needless to say, its more or less artistic opulence marked its social status.

(photo) View of Trapani with Erice in the background, 1804 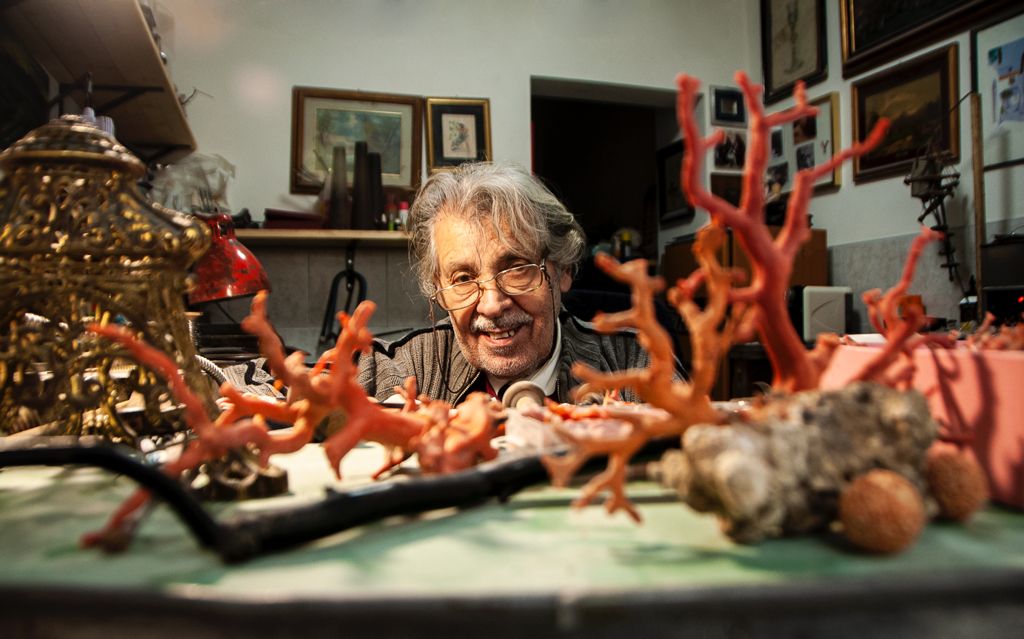