Babbaluci (Sicilian for snails) is inspired by the Palermo tradition of ‘u fistinu’  (sicilian for feast) of S. Rosalia, the patron saint. . Tradition has it that on that night babbaluci are eaten. My jewels are handmade and speak of land and roots, of sky and sea. They narrate my Sicily, its colors, its history, its strong contradictions. I was inspired by the prickly pear and its plots that bind us, harness us and that, magically, make us freer to dream. 925 silver; pearl.
Sizes: 10 to 16 mm.
Finger size on request. 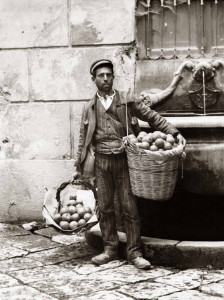 Santa Rosalia, a santuzza for the Palermitani, is the patron saint of the Sicilian capital: Palermo. Born Rosa Sinibaldi, in 1130, when in Sicily reigned the Normans, from a noble family related to King Roger II of Sicily. Promised in marriage to Prince Baldovino, the day before the wedding had a mystical vision and decided to take the vows taking refuge in a family estate, the forest of Santo Stefano di Quisquina. There she lived 12 years inside a cave documenting her choice of life with a Latin epigraph written at the entrance of the cave. Later she returned to Palermo where she settled in another cave, at the top of Monte Pellegrino, where she died. In this place in the seventeenth century  was built her sanctuary, venerated by the people of Palermo. At least once in their life every Palermo citizen undertakes the climb to the sanctuary of the santuzza. 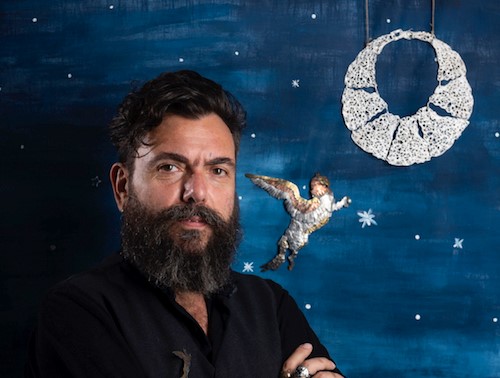