The Don Turiddu ciaramedda. Typical Sicilian Ciaramedda (Sicilian for bagpipe) in 480 mm paro (that is the two pipes, accompaniment and singing, are of equal length). Tonality in G. Olive wood (musical apparatus), block in red mulberry (where the pipes are inserted). Goatskin quill. Calf bone awl. 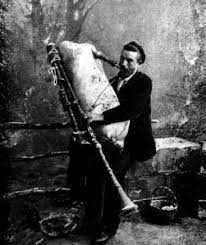 The ciaramedda (Sicilian for bagpipe) is one of the traditional instruments of Sicily. At Christmas time the ciarameddari, with the typical costume, play in the streets of Sicily with the unmistakable melody of this instrument. It has remote origins, since the Greek times. It is generally protected from the evil eye with various amulets, such as ribbons, red bows and horns. Its repertoire consists of tarantellas, pastorals and accompaniment to the singing. 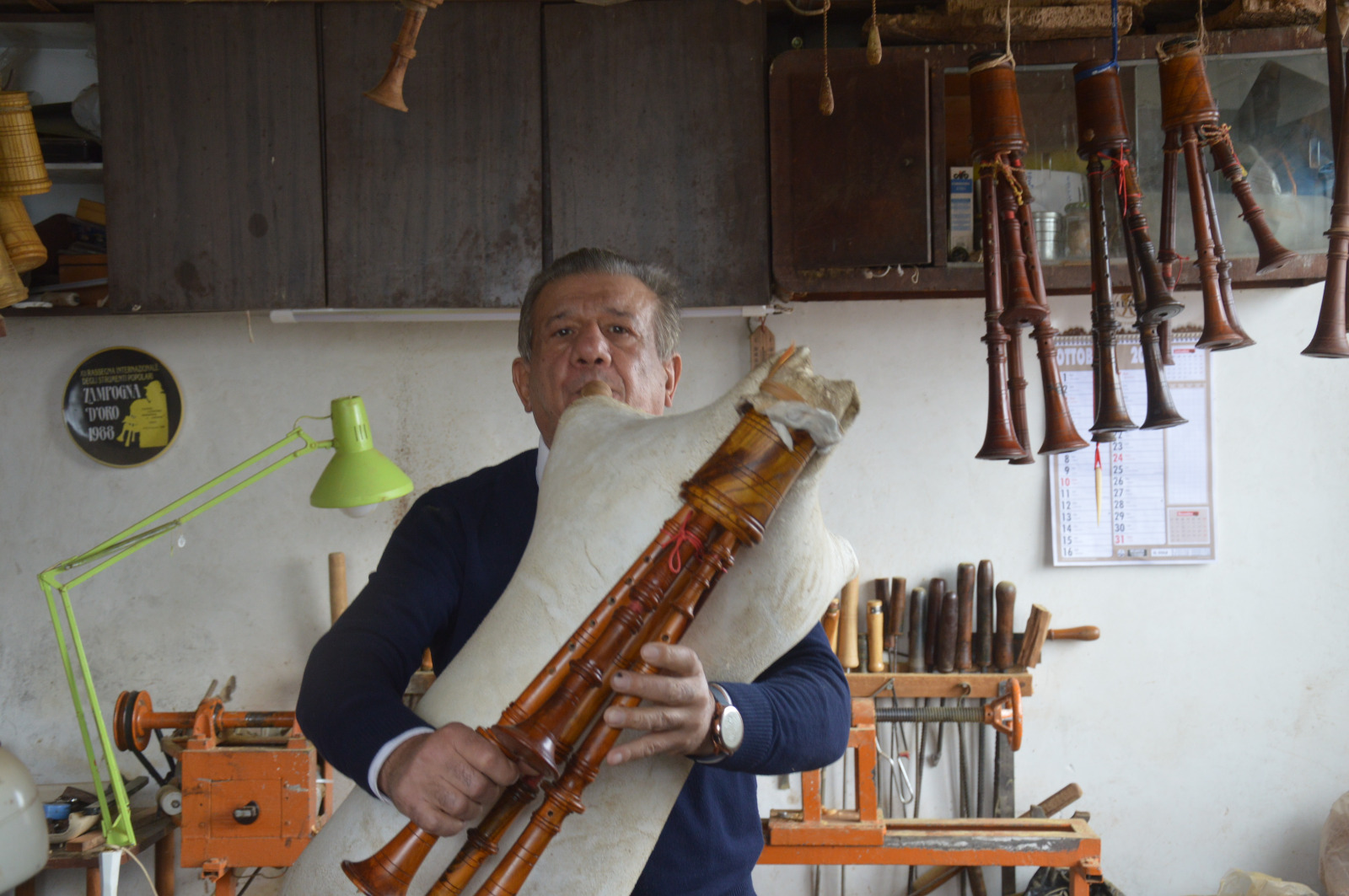