Every Sicilian has at least a Moor’s head at home! Whether it’s a vase or a jewel like this one proposed by me. Through interweaving of metal wires in which stones, ceramics or other elements are set, the jewel sculpture is born, inspired by the wire sculpture created in the twentieth century by the American sculptor Alexander Calder. In the structure is set a Moor’s head with ceramic of Caltagirone  with a 24k pure gold bordered is embellished with white pearls and gold coral. Final pendant with golden tassel.

A bedda mora (Sicilian for The pretty brunette) is referred a Moor’s Heads, a classic representation of artistic Sicily. They tell of a legend in which a beautiful Sicilian fell in love with an Arab at the time that he reigned in Sicily (IX-XI century), being betrayed by the Moor, she beheaded him in his sleep and hung his head, as if it were a vase, on the balcony, also adorning it with a fragrant basil plant that aroused the admiration of unsuspecting  bystanders.

(photo): Tabula Rogeriana, drawn by the Arab geographer al-Idrisi in 1154, for Roger II of Sicily 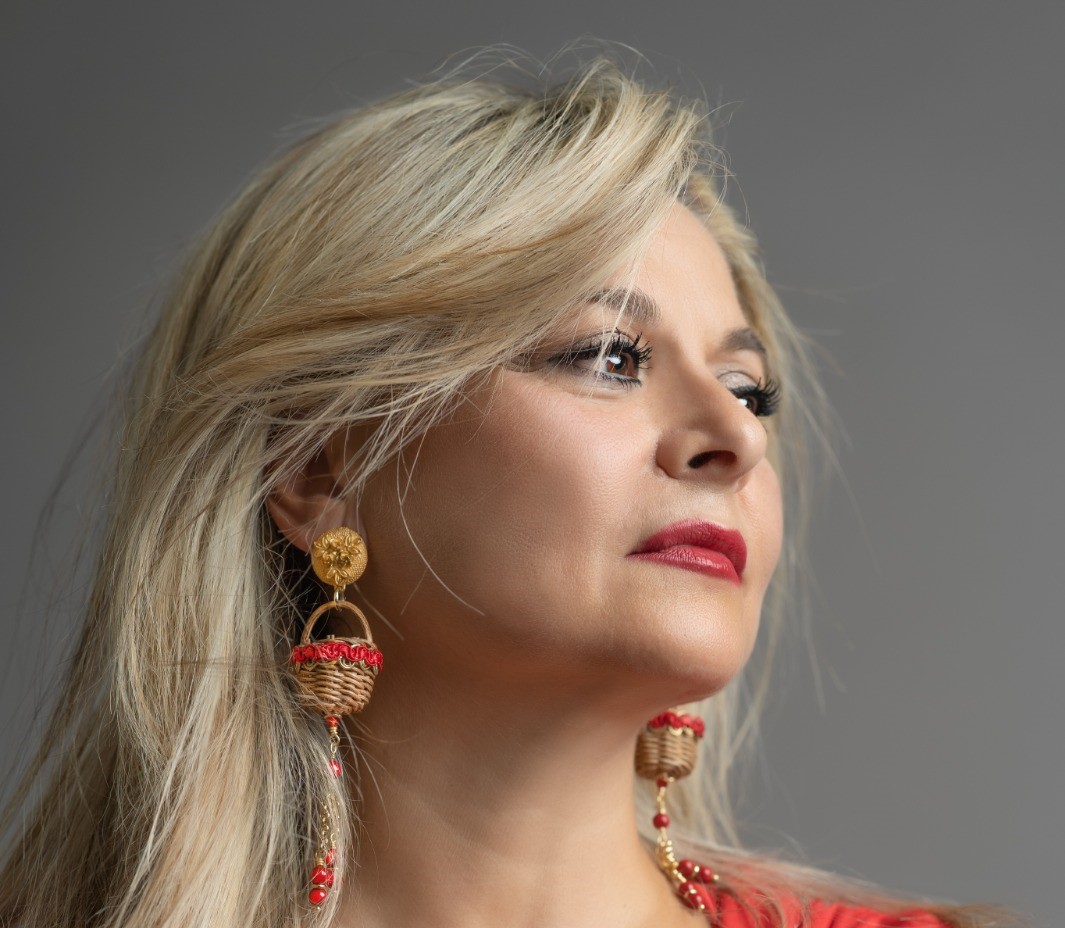