Born in Messina on July 20, 1952, since his childhood he has been attracted to Sicilian culture and popular music. At the age of ten, he played the tambourine in ethnic ensembles. At the age of 24 he fell in love with the bagpipe to the point of becoming not only a skilled player but also one of the most prestigious Sicilian builders. Over the years he has participated in many conferences and exhibitions both at regional and international level. Among the instrumensts of popular Sicilian culture, especially of the Messina area, the bagpipe is one of the main elements.

“I see Sicily as a great forge, where the influence given by Greeks, Saracens, Normans and Spaniards merges, along with science, art, culture and traditions. The mixture of all these elements gives life and reason to be the people of Sicily” 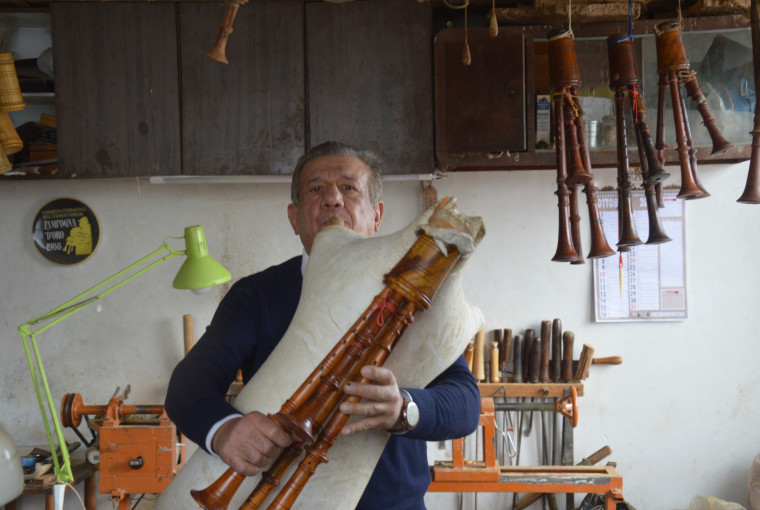 The bagpipe is a very ancient instrument with its “magic” sound, full-bodied, evoking memories, history, Sicily. In Sicily, it boasts a long tradition both for what concerns the techniques of construction and for the use, typically linked to the celebration of the festivities of the end of the year, when the bagpipers (ciaramiddari) went from house to house for the Christmas novena. The artist Piero Morabito from Messina is connected to this tradition. He is not only a skilful player but also an expert builder of the “a paro” bagpipe, an instrument behind which there is a complex workmanship.