Giuseppe Trupia was born in Favara on September 9, 1980. Since he was a child, was strongly linked to the working of wood and waste products, he began to produce small creations (miniature chairs, tables, etc. …). In his adolescence he discovers the passion for folklore and Sicilian traditions starting to build his first instruments. Documenting himself with the elderly local shepherds, he began to try his hand at “tanning goat skins” until he made his first drums. Driven by the desire to manifest Sicily on his creations, he decorates them using the most beautiful colors in the world, the Sicilian ones.

“Sicily in my art plays a fundamental role both as an inspirational Muse and as a tool for spreading Sicilian traditions around the world.” 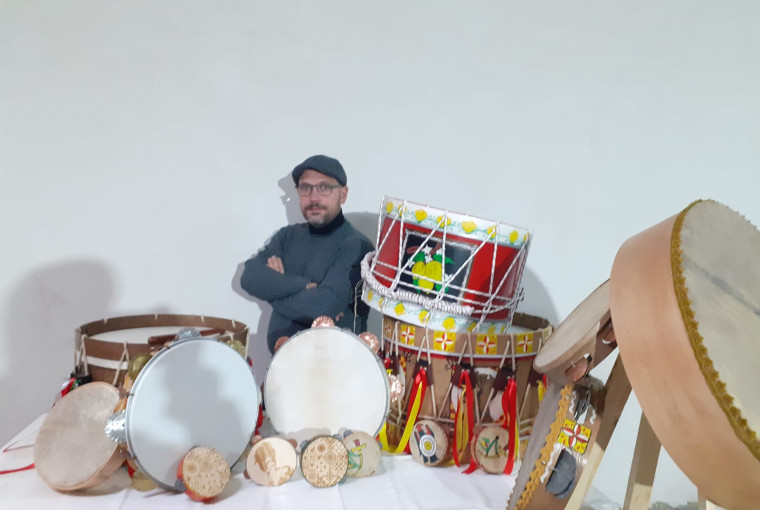 Sounding goats of ancestral rhythms. Giuseppe Trupia’s drums collect solar and dazzling atmospheres, vortex of a dense land rich in scents. A world of sound that makes the heart tremble.

Arianna Attinasi, Madrina of the Madonie