Since she was a child, watching her mother paint, she grew up among brushes, the smell of oil and art books. Color is the protagonist of her works inspired by the Sicilian culture and tradition that have overwhelmed her like a river in flood and pushed her almost instinctively to create.

The millenary legend of the Moor’s head, the extraordinary artistic heritage handed down in Sicilian majolica or the soul and the passion of the Sicilian woman, relive in her works and return to pride the Sicilians who live on the island and not.

She has won several prizes and obtained several awards. One of her artworks is in the museum dedicated to St. John Paul II, in Krakòw. Her drawings of architectural details, are present in several publications on the history of architecture and urban planning, others are part of the collection of Palazzo Moncada in Caltanissetta.

“The Sicilian woman is noble in her soul, elegant in her movements, mysterious and sometimes indecipherable, but in her burns the fire that makes her as strong as lava stone.” 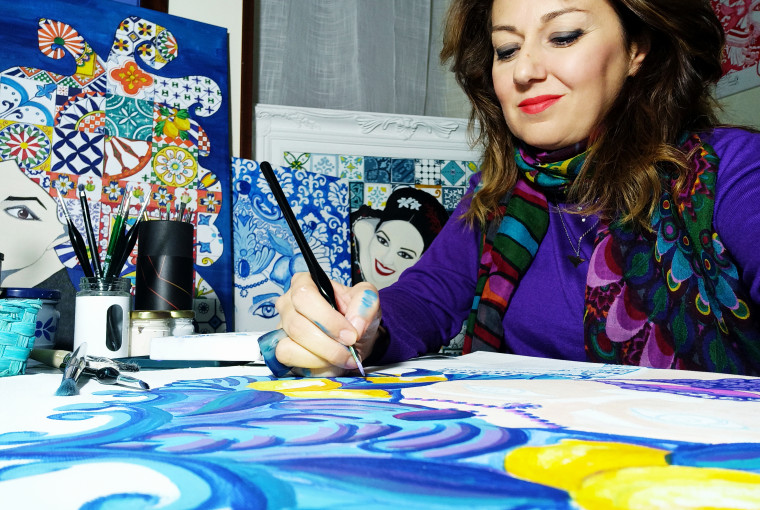 The art of Barbara Arnone is an explosion of colors, a bidimensional journe and a tribute to the Sicilian mayolics that enrich the whole painting, like living and ardent fire.